Grass Valley, Calif. — The varnish was still drying on Joseph Rashid’s 103rd violin, but the 97-year-old violin maker was adamant that it was his last.

“I can’t make them like I used to. I’m disgusted with my workmanship now,” the Banner Mountain resident said.

After 74 years of crafting violins, Rashid is forming a foundation to keep his collection intact.

The goal of the Joseph Rashid Foundation is to find a permanent home for the violins at a music school while continuing to lend them to professional violinists, foundation advisor Kevin Bennett said.

World-class violinists, such as Yehudi Menuhin and Glenn Dictorow, have played Rashid’s violins in concert. During one period in the mid-1970s, seven violinists in the Los Angeles Philharmonic were playing his fiddles.

The Julliard School’s instrument curator, Eric Grossman, was willing to take the collection to New York in 1984, but Rashid turned him down.

Rashid liked to study his fiddles as they aged, he said. Every few years, he took them apart and looked for ways to improve them.
“It’s only when I can’t see anything I can improve on them that (a violin) is finished,” Rashid said. “I take at least twice as long as any violin maker.”

In 1970, Rashid retired from his job as an aeronautical engineer at Northrop Corp. to devote himself to making violins full time. Making money was never his object, he said.

The instruments “are kind of like his children,” said Bennett, offering another explanation why Rashid held on to his creations for so long without selling even one, despite many offers.

“He’s now getting to the point where he’s realizing it’s time to do something,” Bennett said.

He was born in Canada to Lebanese immigrants and studied aeronautical engineering at the University of Detroit.

He took his first violin lesson as a college student.
“I started too late to become a good violinist, so I thought I’d make them,” he said. He built his first violin in 1933 in Windsor, Ontario, after graduating.

Rashid enjoyed a long career as a tool and machine designer and an aeronautical engineer. While working at Northrop in the mid-1950s, his inventions included the Hawk missile launcher.

He once built a motorized lazy Susan on his counter “so that he could press a button and reach a pencil more easily,” Draper said.

Among Rashid’s home inventions, Draper listed her own favorites: His chess boards, a homemade barometer and a pulley system that helped him get his shirt on when he injured his shoulder .

“He’s such an interesting man,” she added.

At 97, Rashid is spry and engaging. His head is ringed by fine white hair, and his oversized eyeglasses would dominate his face if it weren’t for his protruding nose.
When one of his violins is being played, he listens with rapt attention, seemingly transported to another place.

While engineering paid the bills over the years, Rashid built violins in his spare time, sometimes working so intently in his shop that he forgot to eat.

Rashid used engineering logic to refine his violins over the years, he said. When he couldn’t find a tool to accomplish a job, he made one, like the tiny planes he fashioned for shaping a violin’s curves.

Violin No. 1 was unexceptional, and Nos. 2 and 3 showed improvement, Rashid said.

“I was lucky when I made No. 4,” Rashid said. “I don’t know what I did to make it sound so good.” From then on, Rashid worked to replicate his success with No. 4.

“A lot of makers have a time frame when they hit their stride,” said Bennett, who also makes violins. “There’s a range that was (Rashid’s) golden period, from No. 24 to 48.”

In 2004, Rashid was 95 when he completed his 95th violin. In the past three years, he built eight more. He’s used up his good wood, he said, and doesn’t anticipate making No. 104.
Rashid has kept meticulous records of each violin, including who borrowed which ones. He still has the broken G string that Menuhin returned after borrowing No. 4 in 1986.

In 2005, violinist Tibor Horvath of San Mateo played and rated all of Rashid’s violins. He gave “A++” grades to 13 of the violins. In rating the violins, an “A” was considered good.

In comparison, Rashid said, the famous Italian violin maker Antonio Stradivari had 10 violins that were considered good, “and his reputation is based on those.”

Among the rest, 56 were given “A+” or “A” grades. Horvath commented on the sweet, rich tones of the top violins, calling No. 4 “the best-quality tone of all.”

“Joe is one of the better modern violin makers there is in the United States,” Horvath said.

A 50-year-old violin can’t be compared with a violin that’s two centuries old, Horvath said, “because playing on the violin affects the fibers of the wood so that the tone becomes sweeter.”

Which is why Rashid’s fiddles will age gracefully.
“When Joe’s violins get to be 150 to 200 years old, they’re going to be very, very good instruments,” Horvath said.

Originally from Scotland, Fraser is recognized throughout the world as one of the best players in the Celtic tradition.

After showing Rashid two violins that he owns, Fraser began by tuning and playing a few bars on Rashid’s No. 1, despite Rashid insisting, “I wouldn’t waste my time on it.”

By the time Fraser got to No. 2, he was hooked.

“You know, I am being seduced by the tone,” Fraser said, bow in hand. “I like a violin that pushes back at me.”
One by one, Fraser went down the line, playing each fiddle that Rashid pulled carefully from its place. He played Scottish tunes, classical pieces and even a bit of Gershwin.

By the end of the session, Fraser couldn’t believe the consistency and the quality of Rashid’s work.

“I’m genuinely enthralled by them,” he said, calling them “a joy to play and a joy to hold.”

He understood why Rashid would keep the violins close for so many years, Fraser added.

“This whole idea of him learning from them and being around them and loving them is quite unusual,” Fraser said. “And appeals to a violinist’s heart.”

For more information about Joseph Rashid’s violins, go to www.josephrashid.org or rashid collection.com. 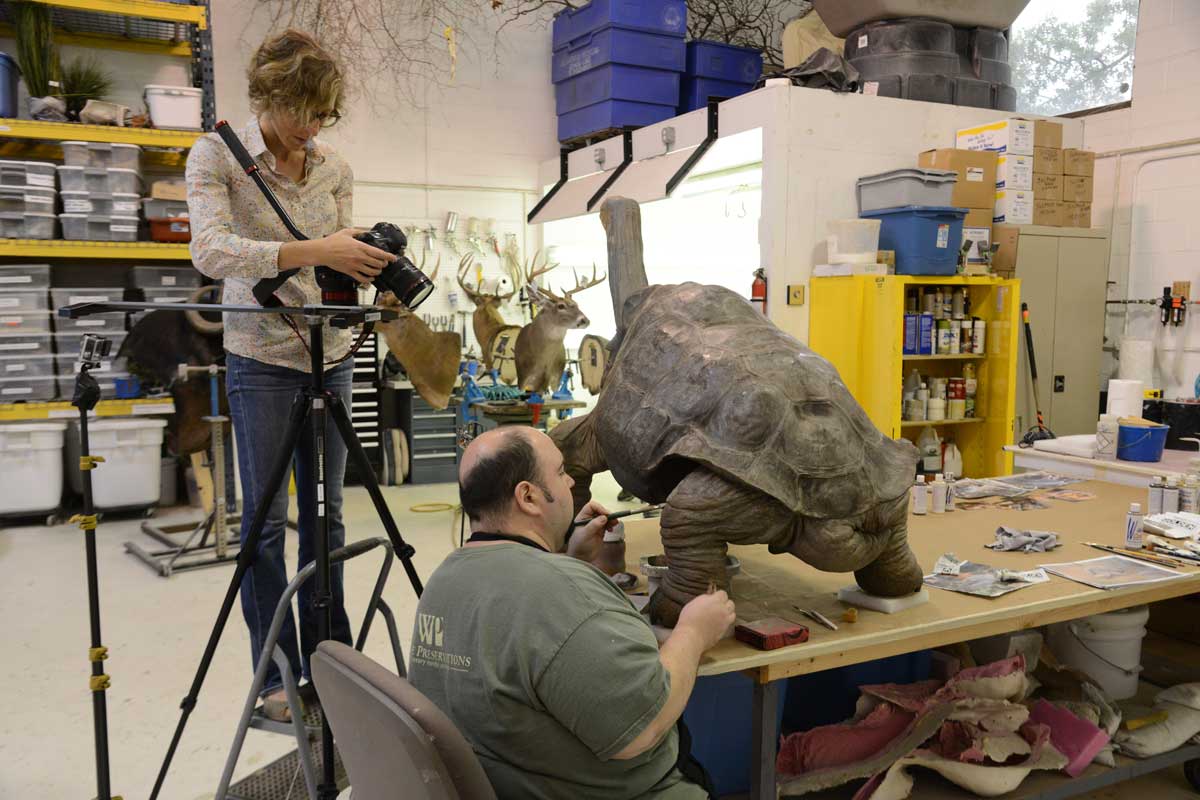 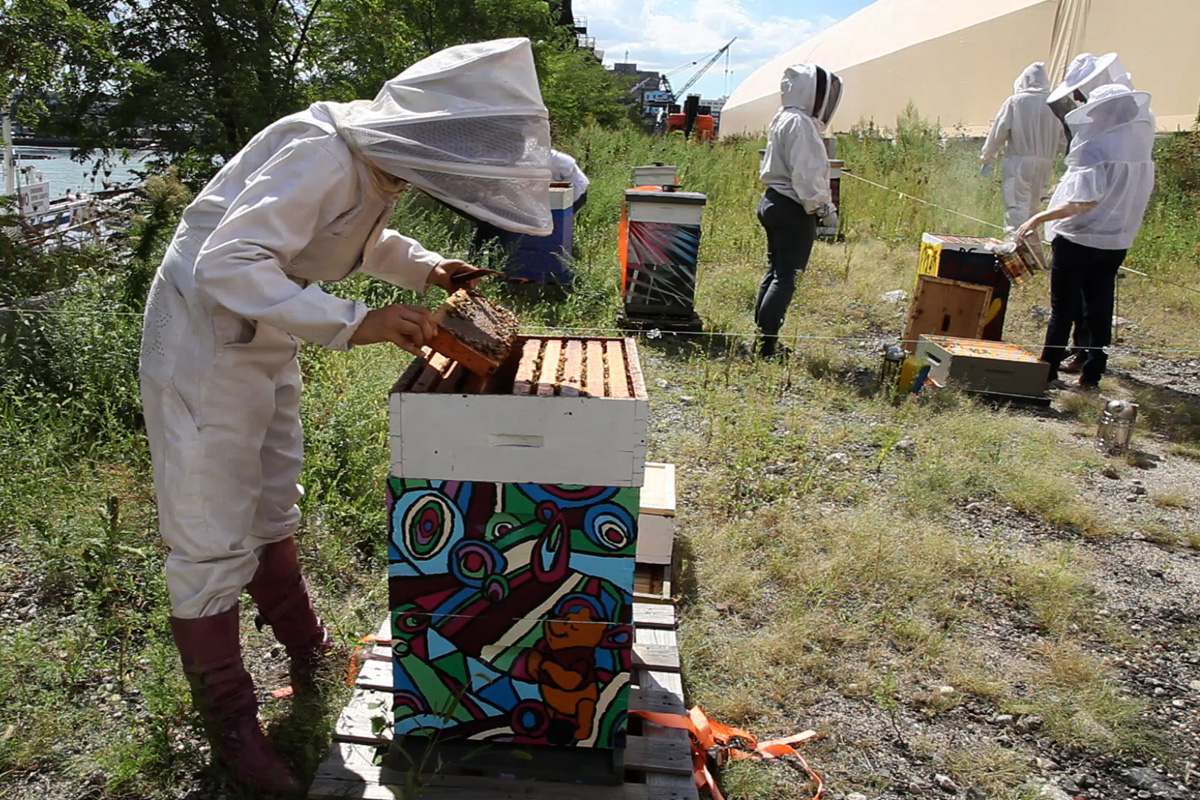 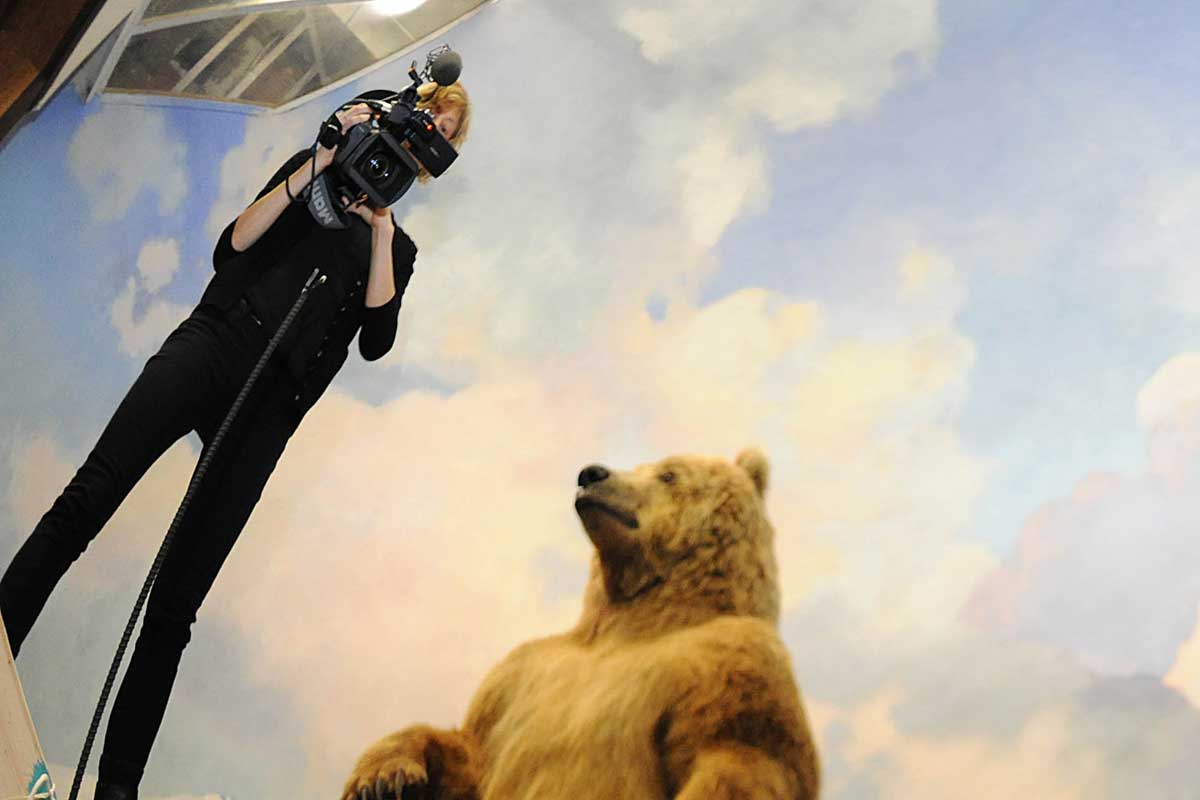 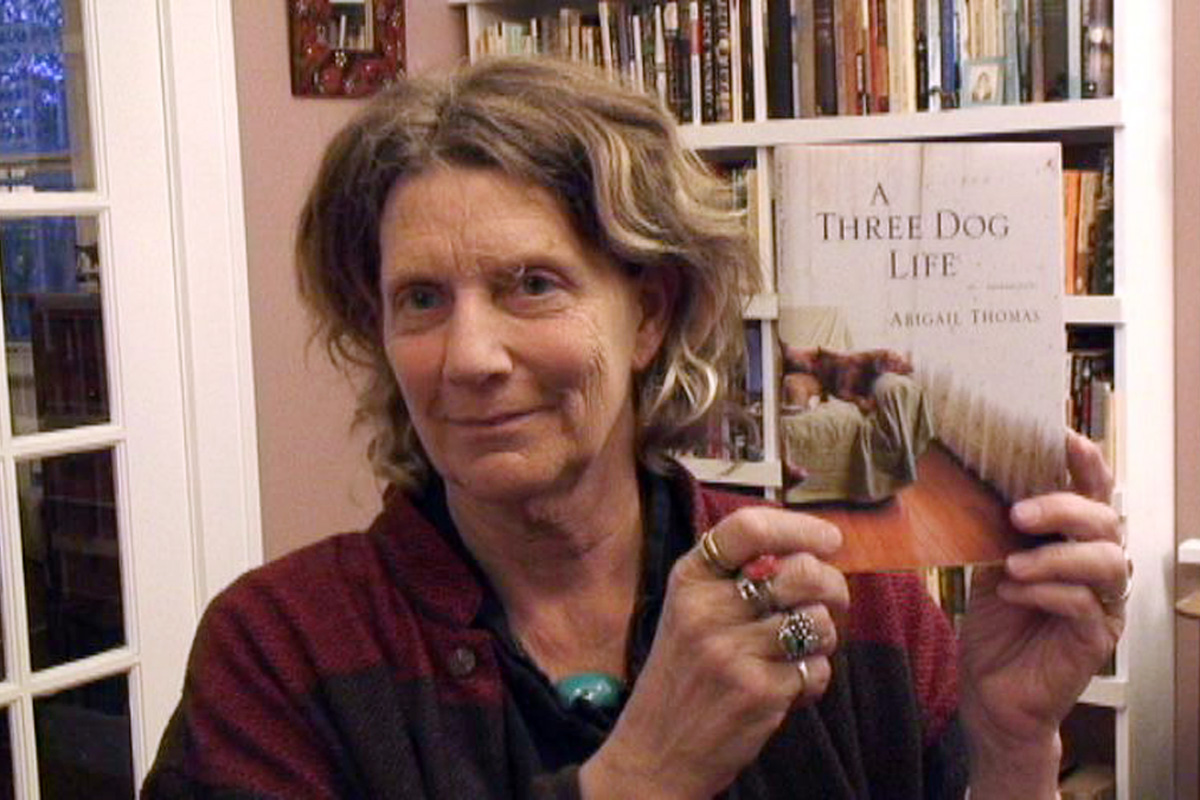 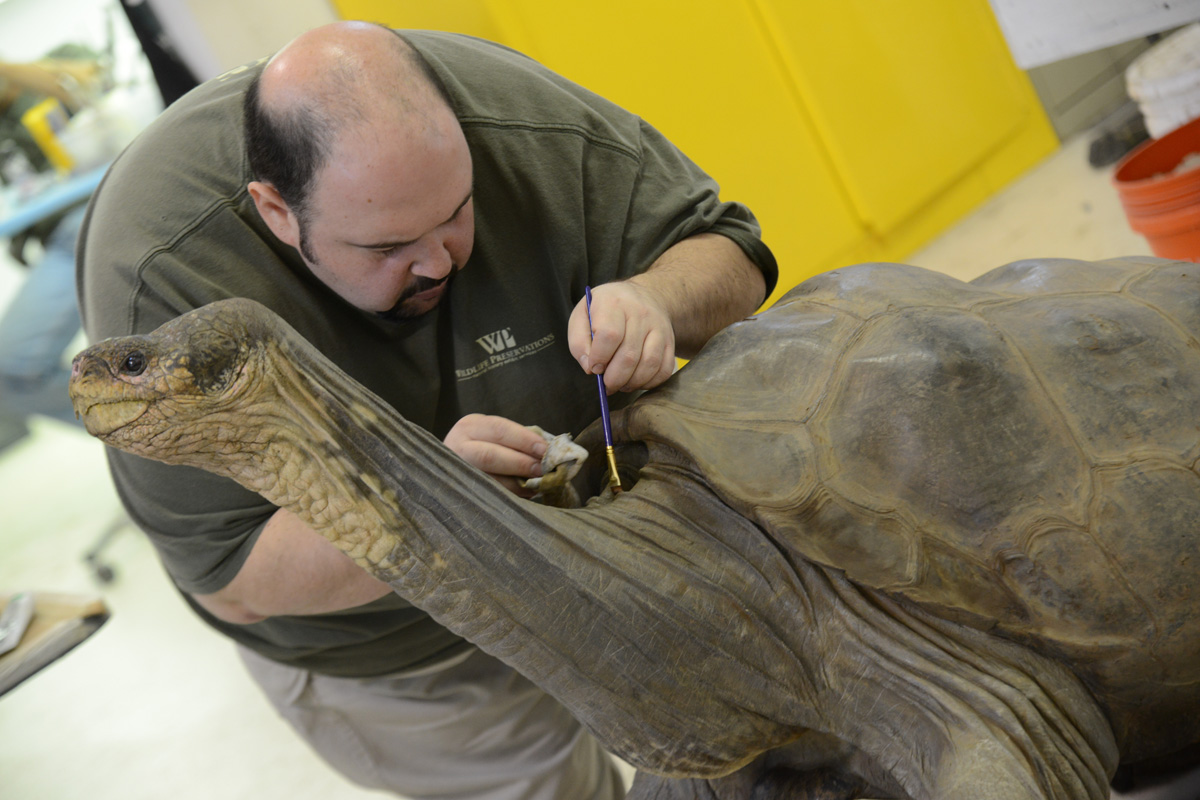 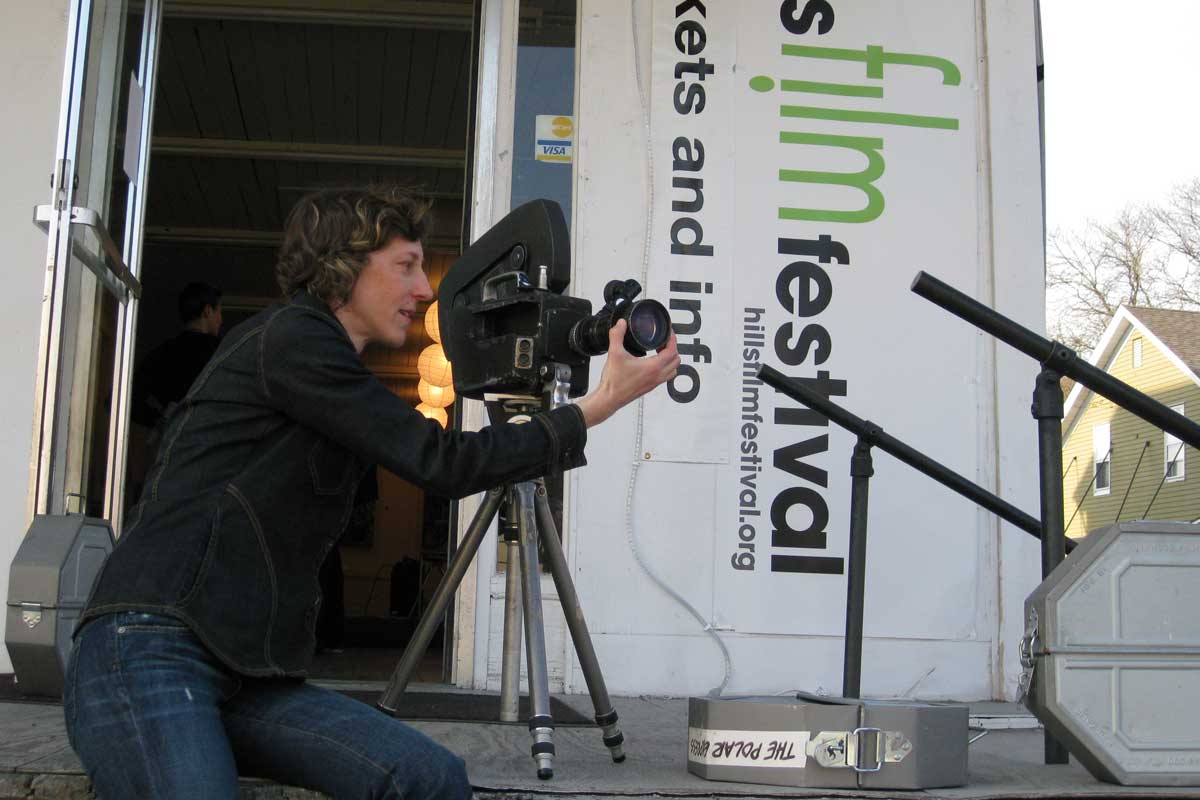